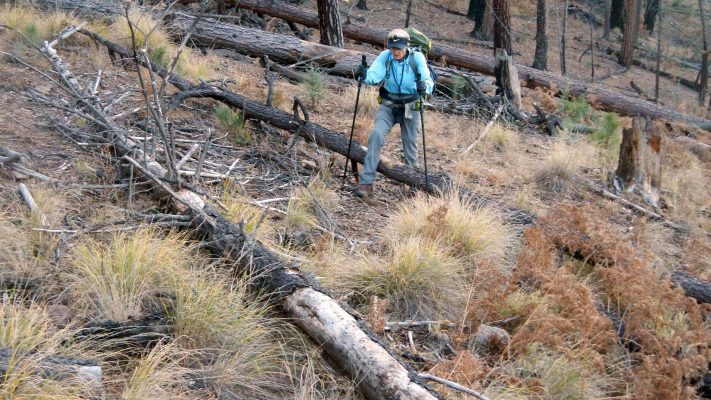 On the Gila and other southwestern forests that we have visited over the years, field-going trail champions are retiring. John Kramer, wilderness manager for most of the Gila and the Aldo Leopold, kept a seasonal trail crew working in the wilderness for decades with proactive grantsmanship. He got grants from entities such as Coca-Cola interested in clean water by arguing that repairing trails reduced watershed erosion. But Kramer has retired and Gila National Forest officials decided to transition to a forest-wide trails crew not dedicated to wilderness. A local non-profit led by trails professional Melissa Green has assumed as much wilderness trail maintenance and restoration as possible, working with partner groups and volunteers.