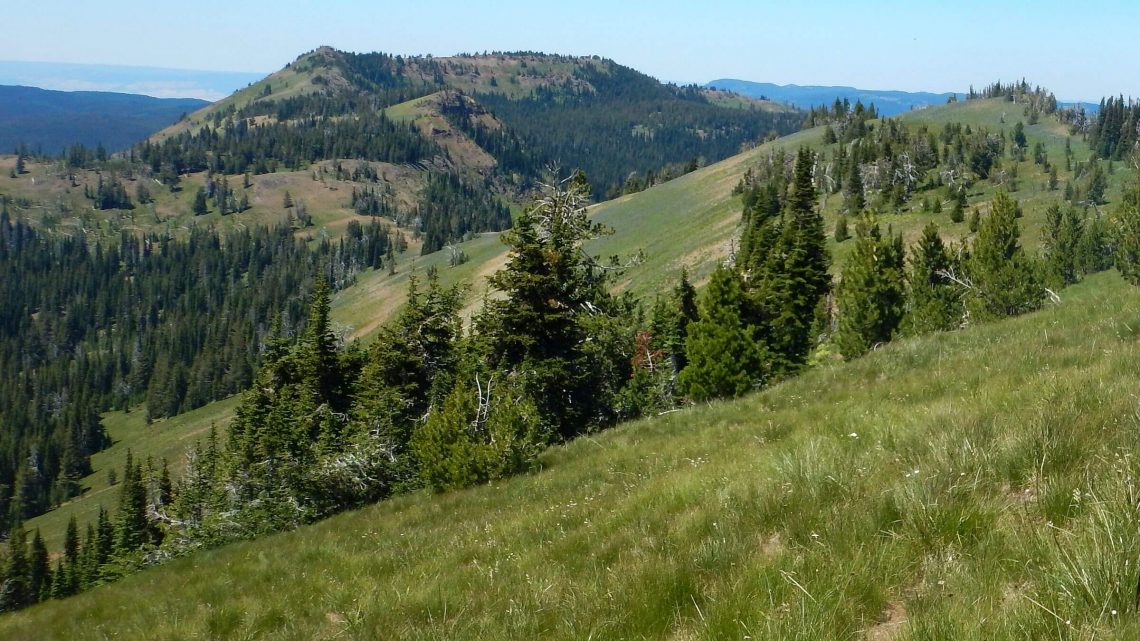 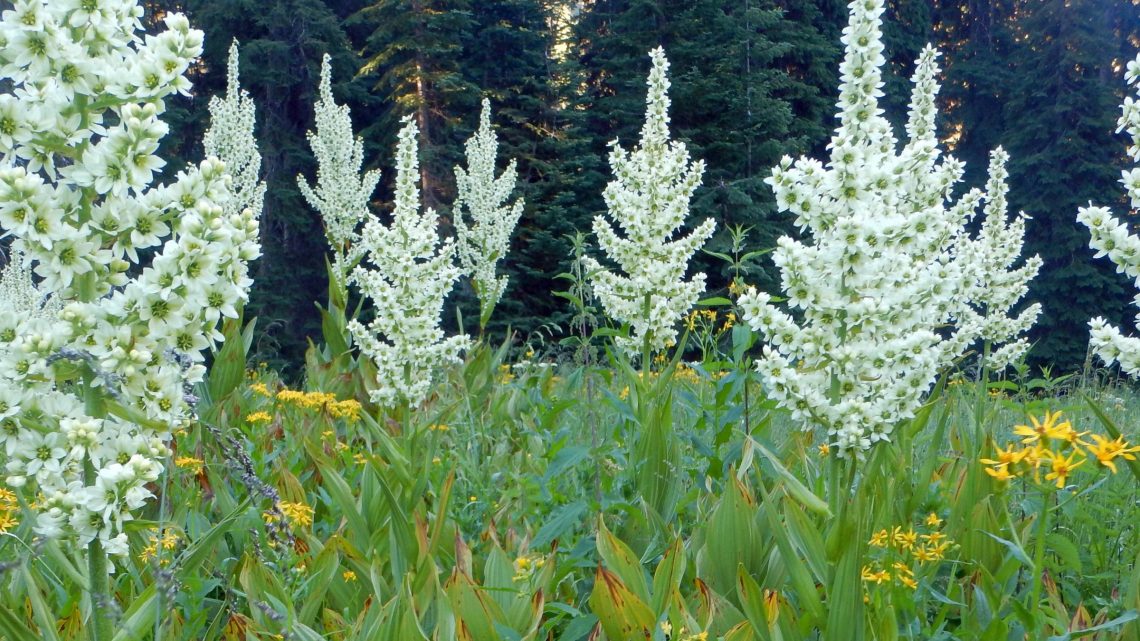 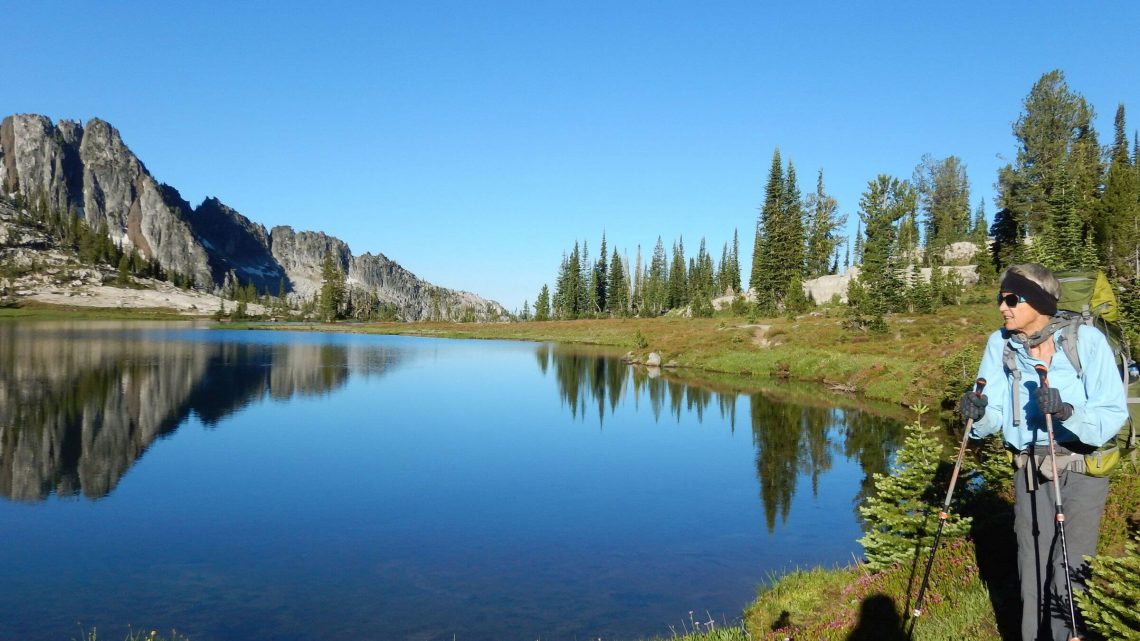 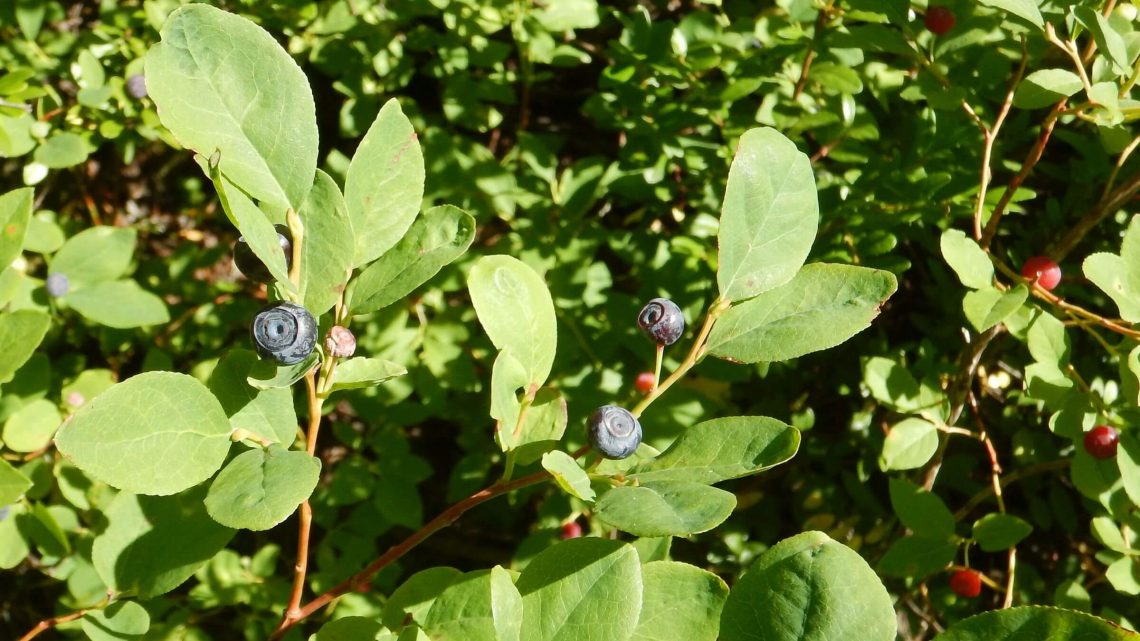 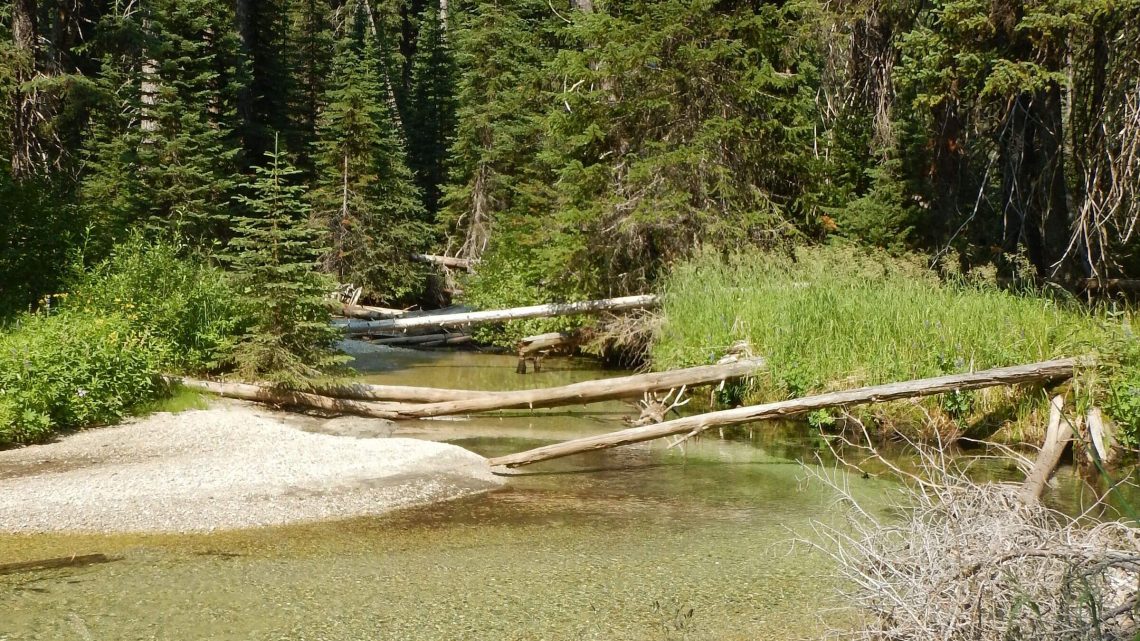 Our 16-day loop through the Eagle Cap Wilderness in northeastern Oregon offered a week of solitude on rarely-used legacy trails, and a second week of constant company crossing popular loops on overused trails near Eagle Cap Peak.

The Eagle Caps comprise nearly 360,000 acres of wilderness: U-shaped glaciated valleys, bare granite peaks, alpine lakes and meadows, and dense forest groves along rivers radiating out from Eagle Cap Peak. Rivers include West Fork Wallowa, East Eagle, East and West Fork Lostine, Imnaha and Minam. The Forest Service named them “primitive” in 1930 and “wilderness” in 1940; Congress included them in Wilderness Act of 1964. They were heavily used in the 19th and 20th centuries by sheep and cattle, logging and gold mining. An early 1900s timber sale by the Forest Service sent thousands of logs down the Minam River.

Our 180-mile trek covered a third of the trail system and much high country. We began at Moss Springs on west side. Most traffic heads north to Minam Lodge, a private luxury resort on the Minam River accessed by airplane, hiking or horses. We went southeast. After a local family on horseback, we saw no one for five days. We traversed grassy wet meadows, steep ridges, 4 passes, and 4 major lakes with 5000-8000 feet elevation gain/loss every day. Most trails had gentle grades and switchbacks (I counted 47 from one basin to West Eagle Creek).

We saw footprints near trailheads and campsites near lakes but not a soul. Fields of lupine, scarlet heather, golden buckwheat and green meadows graced our passage. One elk and a few grouse were the only wildlife sightings, but we apparently “herded” goats over a remote pass. Fresh goat tracks led up the pass. Descending, steep “switchback cuts” through trampled vegetation and torn-up soil indicated a stampede. We never saw them, but they were aware us.

Dropping down East Eagle Creek on Day 6, we met road and informal camps. A trail register showed many hikers looping from East Eagle into Lake Basin we would visit he next week. Distracted by campers and big horse trailers parked along the road, we missed the trail (route changed from GPS map) for the climb to Crater Lake. We finally found track that intersected trail switch-backing along Little Kettle Creek. Upper reaches were cloaked in waist-high ceanothus and cherry. One couple coming down. Deep blue Crater was ample reward for the 3225-foot climb. A man in large hat and shorts slowly strolled through neck-deep lake. We dropped packs and dropped to a lower lake to clean up and get water from nearby springs. Returning, we had the lake to ourselves. David caught fish to supplement our freeze-dried fare and I circled the lake. At a junction for Cliff Creek, a big ziplock bag of campsite trash and note from a volunteer “wilderness crew” requested that someone with horses pack it out.

Solitude returned on the gentle pass and slow descent to West Pine Lake. The legacy trail contoured through floral fields in a high basin and crossed beneath the spiraling cascades of Pine Creek Falls. A scree section tired my feet. Then a welcome big switchback along forested Middle Fork Pine Creek on soft needle carpet trail before descent to West Pine. A big bridge spanned the torrent. We camped just before the creek in an old campsite, kicking cow poop aside. Partially covered cranks and trolley cables from Cornucopia mines above littered the area. Next morning, a 3.5-mile road hike took us past cattle, corrals and many horses; then uphill to the large A frame of Cornucopia Lodge, our rest and resupply stop for the next 24 hours. Perched above remnants of an old gold mining town with same name, the lodge, built in 2006, offered rustic elegance, great food and friendly service plus rest and a bath. Cornucopia and Pine Valley Lodge in town of Halfway have same ownership; so we left a resupply box at Pine Valley which was trucked up to the lodge. Sorting food, we were short one dinner. Since we would pass by Minam Lodge, David called on my cell phone and made pricey reservations for dinner on our last night in the wilderness.

Next afternoon we clambered up steep mining road on East Fork Pine Creek; nearly 11 miles later, we made camp on a sandbar of Imnaha River. I was beat. We’d left East Fork for Norway Trail, old mining road that climbed steeply through old burn and blackened logs, then contoured above a pretty valley to a flat pass (and ditch apparently constructed to bring water over pass south to mines below). Enroute we met lost hikers attempting loop from East Eagle who’d missed turnoff from river to Crater Lake Trail; they would retrace our West Pine route back to Crater for many extra miles. Next the trail dropped into Blue Creek and descended to the river on rocky, brushy, eroded switchbacks covered by down logs. No fun.

Next day we met many hikers: some heading down Imnaha, some at head of river who had descended precarious “goat route” from Hawkins Pass, and others at stunning Glacier Lake below snowfields on Eagle Cap Peak. After camp at Glacier we met more hordes as we skittered down to Moccasin Lake at top of Lakes Basin. Some young girls said a wilderness ranger made them split into two groups. Forest Service wilderness zeal could be used to create more campsites and improve trails by cutting logs and adding water bars or reroutes. The eastside trails were rougher, steeper and eroded with overuse. We saw a big pack string and day hikers near Mirror Lake; and more hikers climbing to 9500-foot Eagle Cap. After crossing pass to Blue Lake, down East Lostine and up Copper Creek, we hit mellow trail at head of the creek basin, climbing a long pass with gentle switchbacks to Swamp Lake (a stunning high lake; not bog as name suggests) and Steamboat Lake. (A steep side trip down to Long Lake offered beautiful campsite and good fishing; unlike the more popular lakes). Next morning, a big contour and long switchbacks softened the 3000-foot drop to North Minam Meadows.

We had met many backpackers making a loop from Lostine River. At the meadows, we left the loop route which comes from Wilson Basin. Trail along North Minam Creek was lightly used. We heard a sharp bark below us; four brown shapes shot up the opposite hill. Elk, bedded down by the creek, had sounded an alarm. Forest on the Minam was decadent and dark with many downed logs, usually with a horse route around them. Cut giant logs recalled an era when the Forest Service rode the trails and kept them cleared. Now lodges and outfitters cut out only what they need to get stock through.

A social tail led down to a gravel bar on the river; perhaps used for horse outings as indicated by a tramped down clearing, folded up fence and lawn chairs stashed in the woods. Nice place to soak feet and camp under a pine tree. The next day, undulating creek trail through dense scruffy timber (perhaps regrowth pattern altered by horse logging and floating logs down Minam about 100 years ago) finally reached a large bridge and Red’s Horse Ranch (former guest ranch now owned by the Forest Service), a big pasture and air strip. After stifling heat crossing the meadow, I welcomed the wooded half mile trail to Minam Lodge. Guests lolled around the deck or inside. One group had just arrived on horseback; two others were about to leave, one by airplane and one on horses. An outfitter transports guests and supplies to the lodge, which has horses and wranglers on site for guests. As we waited for dinner, a cheery group of backpackers arrived.

The old lodge property was bought by a Portland businessman in 2011. We met Isaac, who oversaw rebuilding the lodge and now manages it. He said the regular chef was off and a guest chef from Portland would preside. We dined on beef tenderloin, breaded yellow squash, broiled zucchini with kale au gratin and creamy mashed potatoes; luckily we got an extra bowl of spuds. After dinner we hiked down the road, passed by the chef and assistant toting fishing poles. We climbed switchbacks two miles on a cool evening colored by smoky sunset (from far off fires). By flashlight we found a flat for our camp.

Next morning, the trail contoured to the Little Minam River, crossed on a big bridge and meandered along the rushing stream several miles. Around 7 a.m. we met probably dad and daughter packing inflatable kayaks, anticipating a float trip on the Minam. A private plane zoomed by us, banking steeply towards the river. After steep scramble up the ridge, we were back at the trailhead. Many cars besides our dusty vehicle, but we were alone.