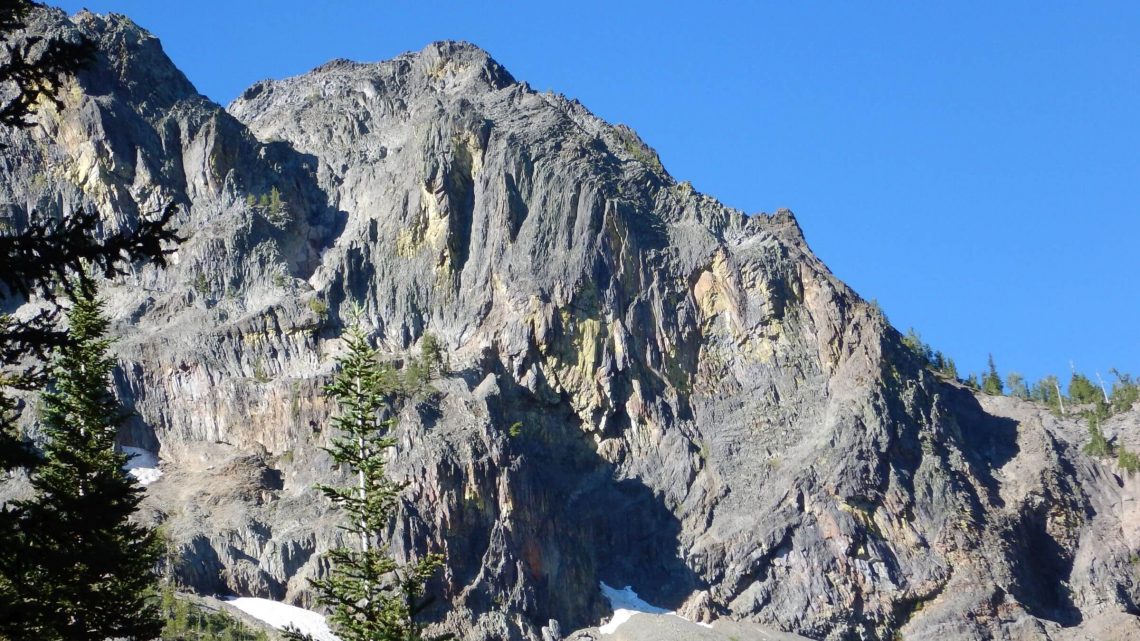 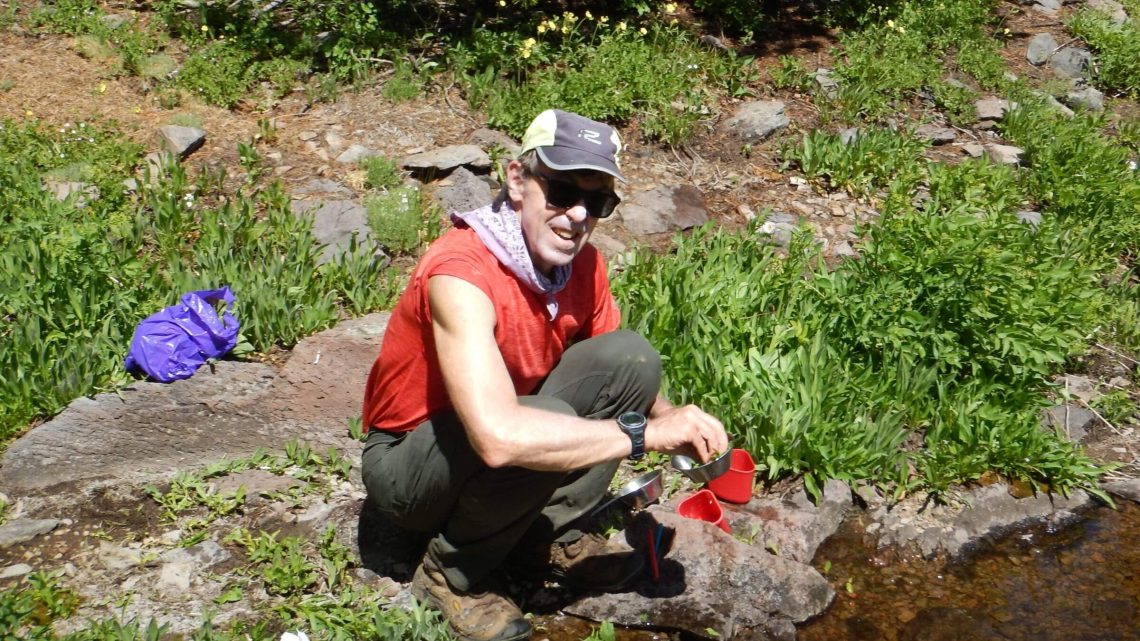 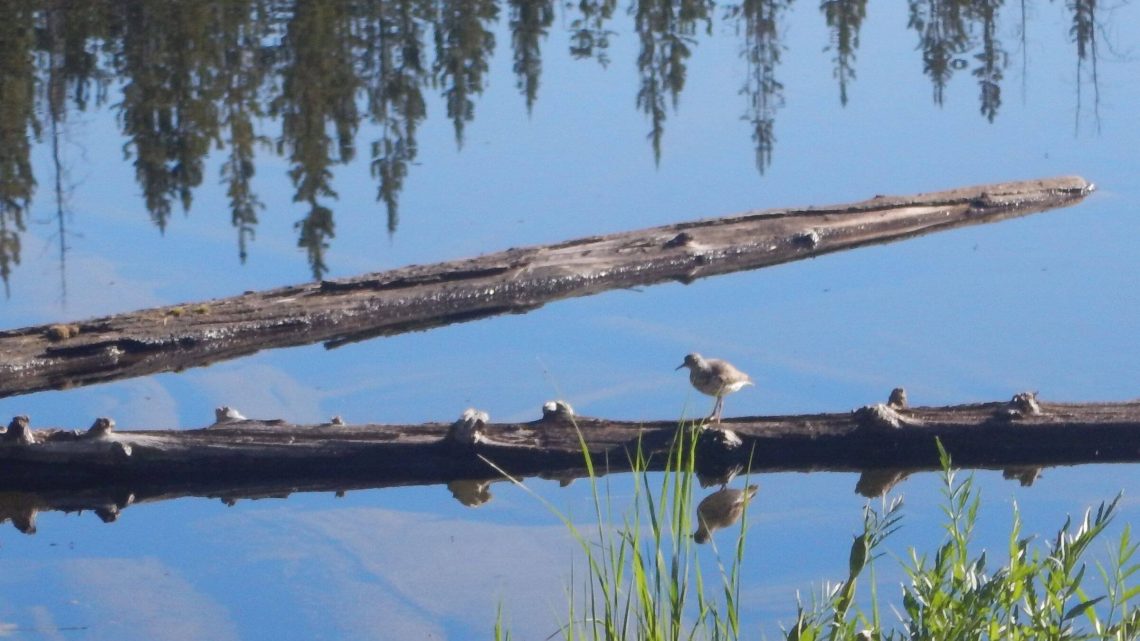 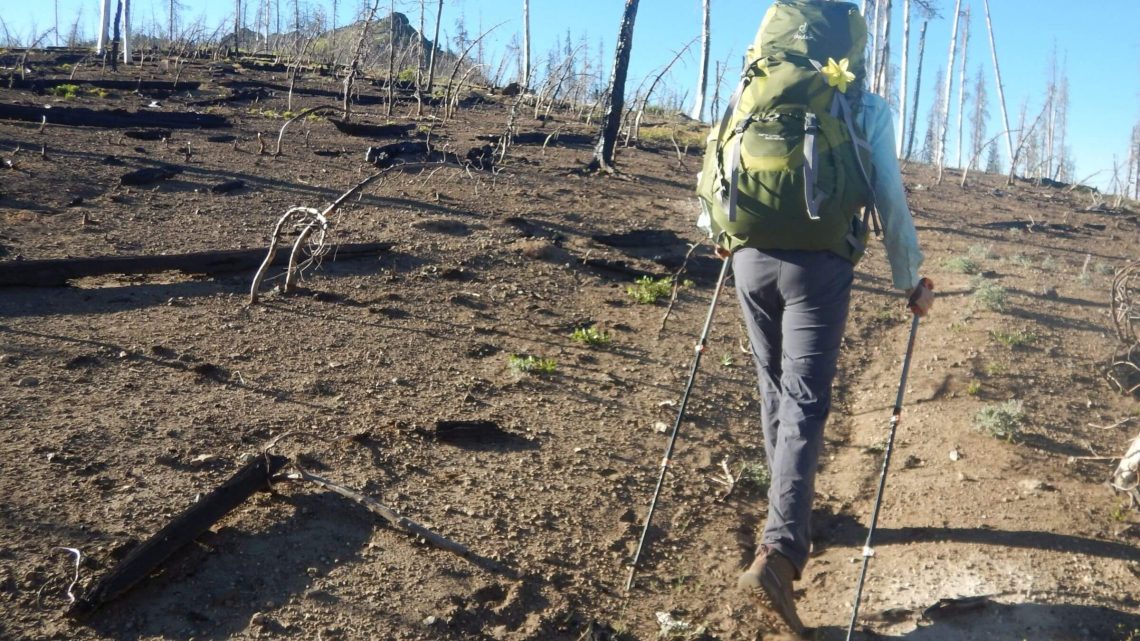 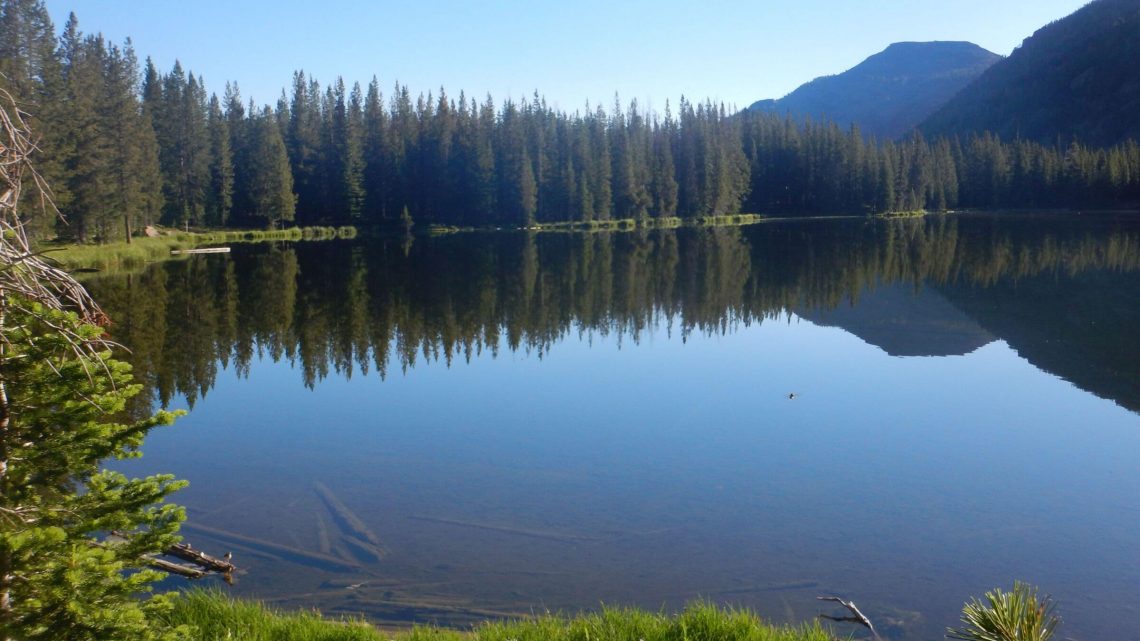 One of the original areas designated in the 1964 Wilderness Act, the nearly-70,000-acre  Strawberry encompasses five of seven ecological life zones; stands of larch, spruce, pine and fir; and wildlife, more abundant outside the popular lakes loop. Two sets of cat tracks—one large and one small—perhaps indicated a cougar and cub on the barely used Pine Trail near (appropriately) Wildcat Basin. A large hawk perched on a snag above our first camp.

Coming from Idaho, we turned south from Prairie City and drove right to a campground in the heart of the Strawberries—where good short trails to lakes attract dozens of day hikers and many backpackers. Many do the a 20-mile loop past Strawberry Lake, a climb out of the basin, side trip up Strawberry Peak, brief road segment and back through High Lake and Slide Lake basins. We did this also but added short side trip after fabulous Strawberry Falls on spur trail to high rocky Little Strawberry Lake basin (shared with one other couple); an overnight trek through lesser traveled west end of wilderness (heavily burned in the 2015 Canyon Complex Fire); and brief foray up rarely used Skyline Trail on the east side.

We first visited this area on a Memorial Day weekend in late 1970s while living in Corvallis; following a ridge several miles before turning back at big snowdrifts. We thought perhaps we came in from Canyon Mountain Trail near John Day into west side of wilderness. On this revisit in 2018 we hoped to see what upper end  of west side was like. So after leaving Strawberry Basin and short foray up Strawberry Peak—bombarded by waves of orange-brown butterflies—we dropped off the main route down Pine Creek Trail on west end of wilderness.

We climbed only discernible trail to a signed junction at a saddle and hiked through blackened and remnant trees over ridge and down to a basin, leaving packs in a stand of lodgepole pine. We found trail again near Indian Creek Butte; main trail on northside was gone but faint contour headed south to a bare flat which showed as trail junction on our map. We turned back to camp.

Next morning we completed loop through Wildcat Basin; only lightly touched by fire and boasting beautiful Douglas-fir stands, verdant meadows, a spring and campsite. Trail screamed up out of the basin past white limestone outcrop below black volcanic cliffs, then gently contoured to junction with Pine Creek Trail. Regaining the road, we saw our second couple of the trip—ahead of us on the loop. At Road’s End Trailhead, several cars and a big kiosk map showed fire-damaged Pine Creek Trail as “Road’s End Trail” heading 12 miles west to a trailhead. Since this trail is burned and parts have disappeared, the Forest Service should either restore it or remove the sign advertising a mostly nonexistent route.

Many people on return leg: large groups trekking down to High Lake for fishing; a day-hiking couple who raced us to the pass between lakes; two delighted Portland guys with neurotic city dog camping at Slide Lake (and spotting mountain goats on scree slope with binoculars); the couple we had followed who broke camp on lake and left  after an hour of mosquito harassment.

We camped at Little Slide Lake after brief hike down main trail past view of Slide Falls and via eroded horse trail to junction with Skyline Trail which crosses Slide Creek and climbs through Big Rhiner and Deadhorse basins to a trailhead on east side of wilderness. We hiked only a mile up this excellent switch-backing legacy trail before turning back towards evening camp. From horse tracks, a few local hunters probably use it in the fall. David fished before we made camp, catching a nice cutthroat to augment our freeze-dried dinner.

Trail from Slide Lake was split between old horse trail and a newer “foot trail,” a level contour along top of basin needing major repair; the big snows of 2017 and spring melt created washouts dangerous for hikers. On switchbacks down to campground we saw day-hikers headed to Strawberry Lake and a few young  runners who went up towards Slide Lake but came back shortly and passed us—presumably turned back by washed out contour trail.

Our brief foray into Strawberry Wilderness left me intrigued to try the longer trail system hiking from west to east and back—however the disrepair of trails in the burned areas might explain why only 20 miles of the 125-mile trail system are used by many.