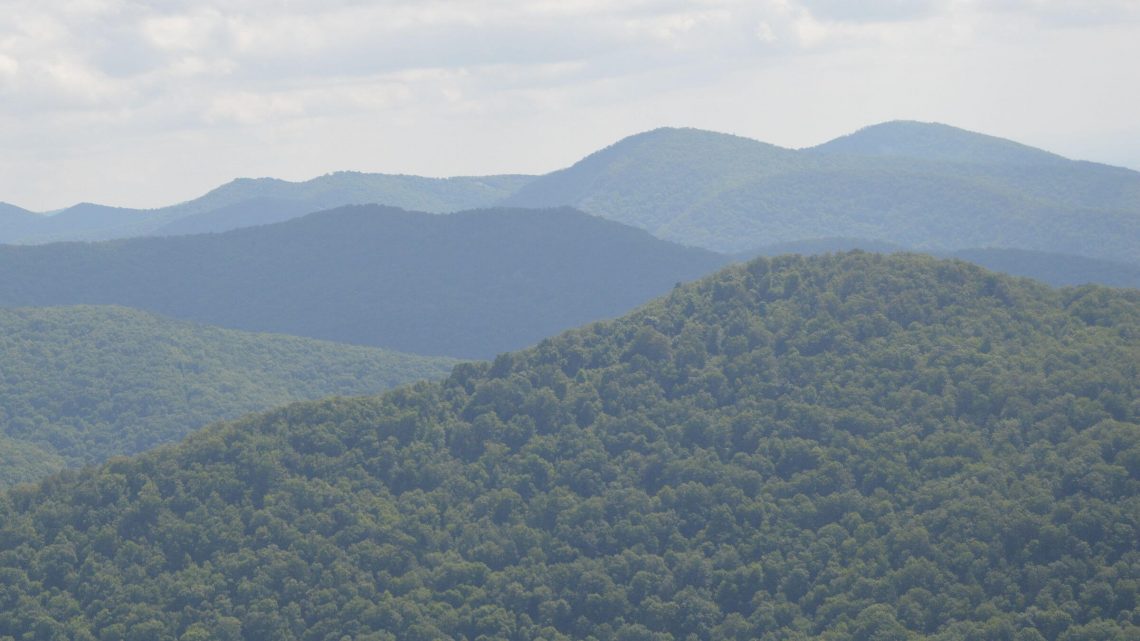 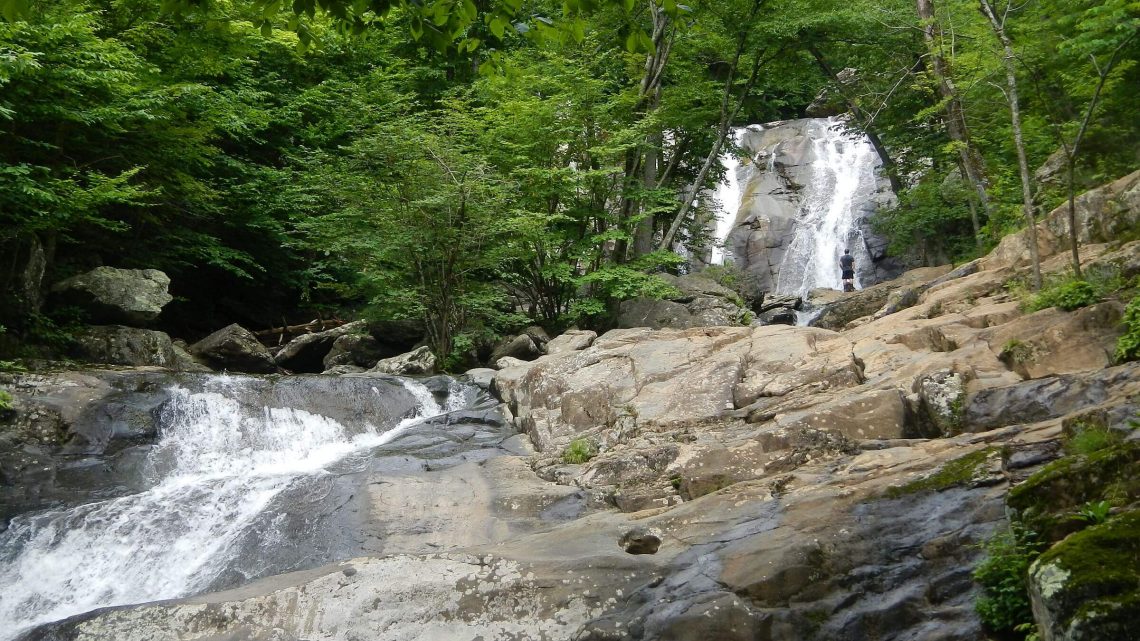 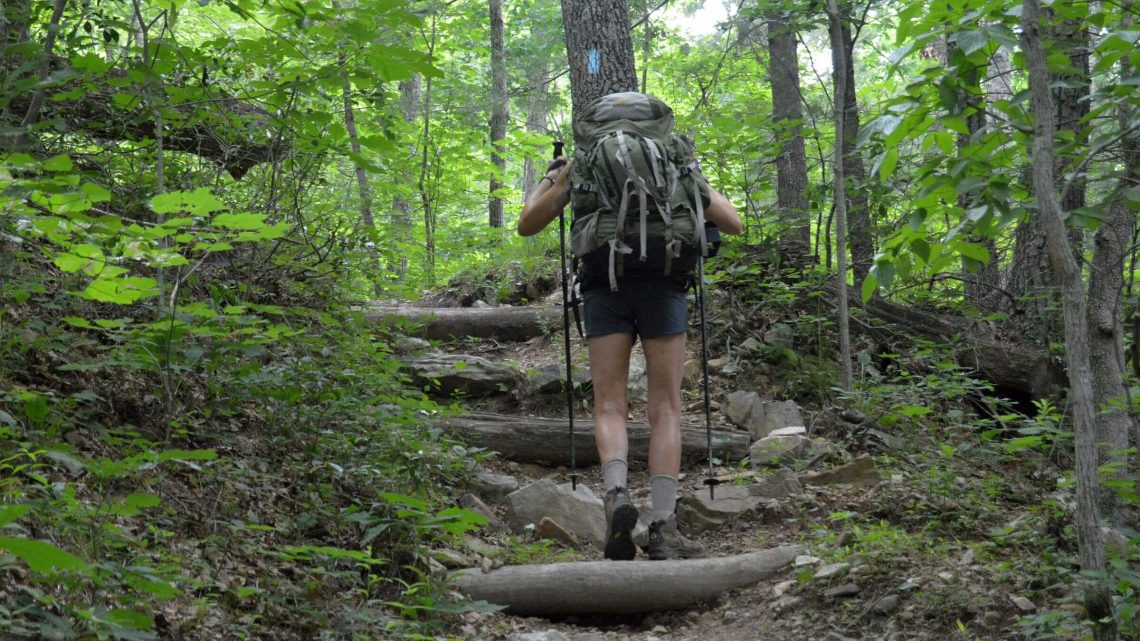 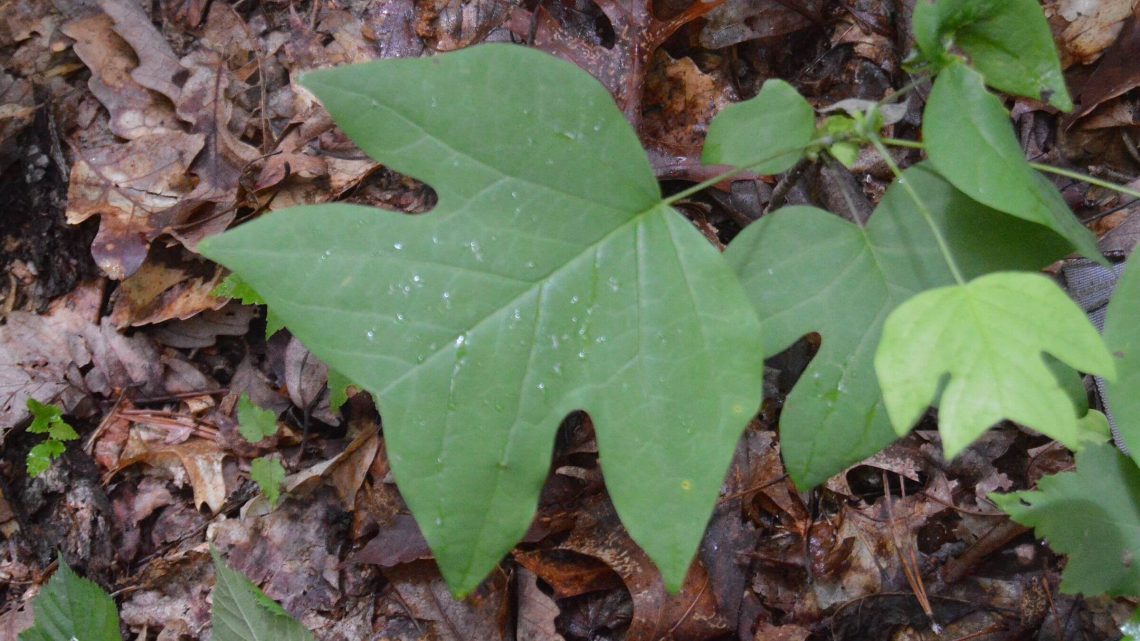 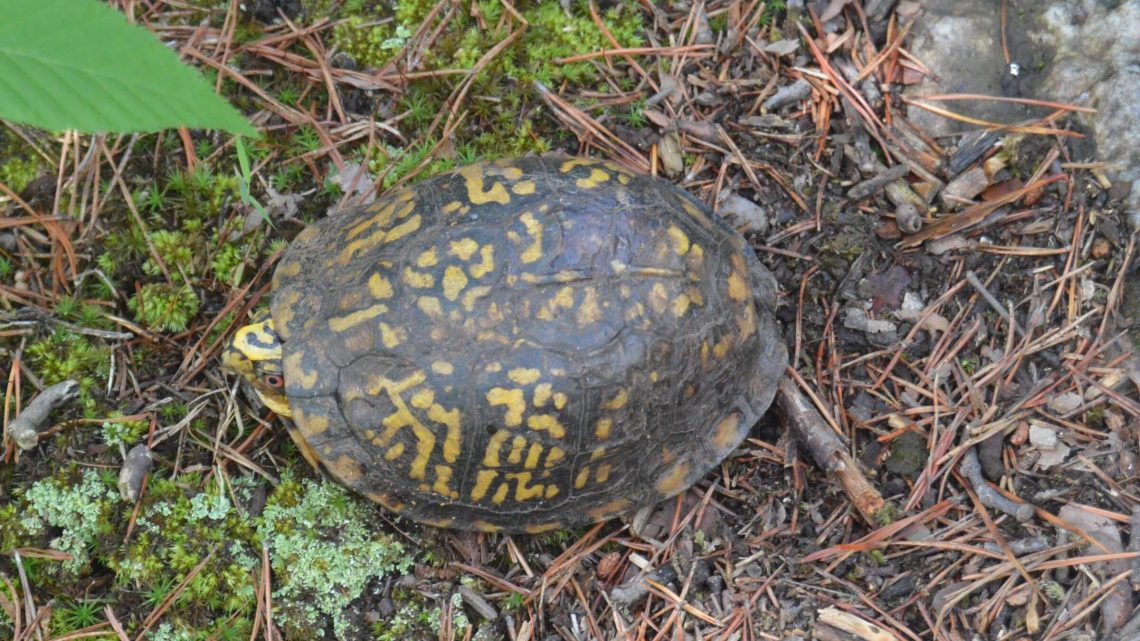 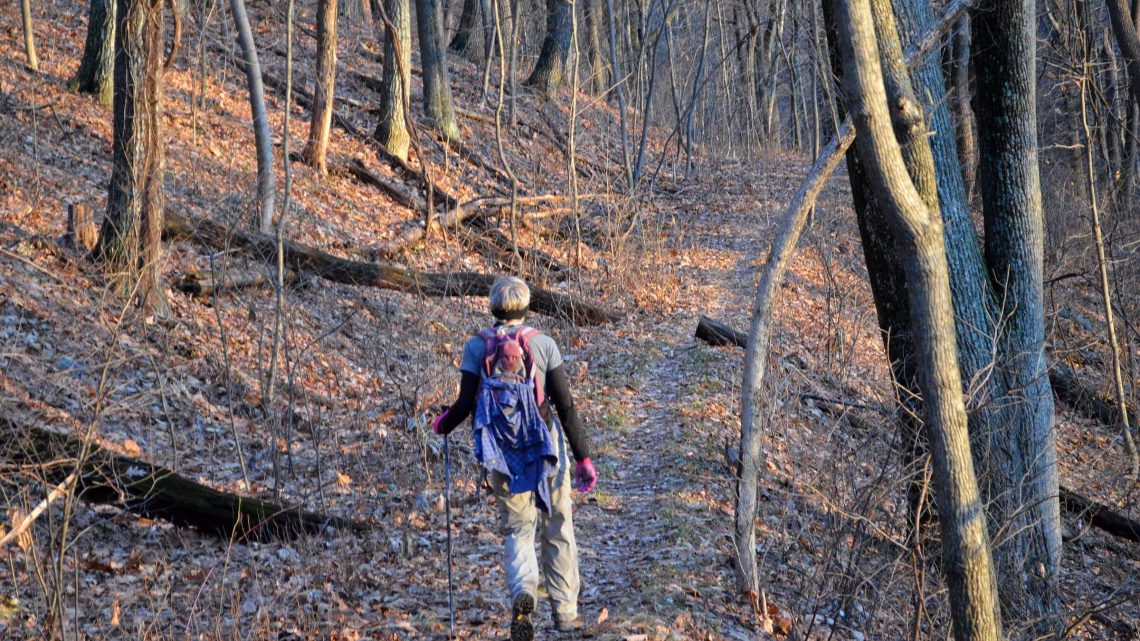 We hiked the eastside of Shenandoah National Park for 14 years before we realized much of it is wilderness—the 2nd largest in the East. Forty percent of this popular park astride the Blue Ridge Mountains was designated wilderness in the Eastern Wilderness Act of 1976. At 79,579 acres, it’s the biggest wilderness in Virginia; most are smaller than 10,000 acres.

And finally, the map we used for Park hikes nearest our home in Falls Church, Virginia, did not show wilderness; the boundary was inadvertently left off, as we discovered when we initiated a project in 2012 to visit all Virginia wilderness.

Below we describe two backpack trips that covered most park wilderness. A “Shenandoah Sampler” link and photos on 2019 map below show other highlights over past years.

Virginia Wilderness Project covered visits to 24 Virginia wilderness areas.
Posts on wilderness visits organized by physiographic region.
This post covers 2 visits to Shenandoah Wilderness in northern Blue Ridge region: (1) northern Shenandoah in May 2019 and (2) southern Shenandoah in June 2014.
Although Appalachian Trail traverses entire Shenandoah National Park—mostly outside wilderness parallel to the Blue Ridge Parkway—there are many miles of wilderness trail within Park but these are mostly steep up & down hikes with little midslope connector trails.
Visits totaled 13 days to hike 177 miles, and average elevation change was 425 feet per mile.
See map below for detailed routes, mileages, elevation changes, and photos.

The June 2019 visit traversed wilderness portions we had mostly day hiked in the past. We headed north from Whiteoak Trailhead up and down steep canyons past incredible waterfalls and into deep green hardwood and pine forest. We returned south on the Appalachian Trail (AT) along Skyline Drive mostly outside wilderness. The contrast could not be greater.

On the northeast side of the Park, Little Devils Run, Old Rag Mountain and Whiteoak-Cedar Run canyons are popular day hikes. On a weekday morning, we saw 20 cars at Whiteoak Trailhead and several hikers as we clambered up the steep rocky trail along three spectacular falls with the grandeur of Yosemite. (Just up the road at the trailhead for “Old Rag”—a scramble reported to be most popular hike in the park—in 2014 we found the 200-car lot full on a Friday morning in August with adjacent landowners offering parking at $10 a vehicle.)

Once we left Whiteoak, heading to the north end of the Park via trails, fire roads, and a small portion of the AT, we saw only two groups and two day-hikers over three days in wilderness.

Looping back south on the AT, we met about 25 thru-hikers (doing the 2000-mile trek from Georgia to Maine) per day, “section hikers” and countless day hikers seeking scenic views such as North Marshall, Mary’s Rock or Stony Man from nearby Skyline Drive. Our last day on the AT, we met more than 50 day-hikers bused in from a Washington, D.C. hiking club with 2 thru-hikers patiently caught in the middle. Having learned the club name, I asked those two, “Are you part of the Wandering Birds?” The girl cheerfully replied, “We are now.”

I was freshly humbled by the wilderness—up and down canyons and ridges, sometimes with huge drops. We crossed a dozen canyons on our traverse north; the Buck Mountain descent (with steep rocky drops) about finished my knees with its final 600+ wooden “stairs” (small waterbar logs, popular with NPS on steep slopes). Trails I recalled as “mellow” on day hikes were steep drops. This is rugged country! I found the rocky section of the AT from Mary’s Rock to Thornton Gap equally difficult north or south—I didn’t like it this year climbing and hated it even more on a 2015 backpack trip descending almost 1,200 feet to Thornton Gap.

Our trip began with three hot/humid days of sweat-soaked clothing and donning/doffing rain gear and pack covers for afternoon showers. No evening rain meant the tent stayed fairly dry. On Day 3, our ridge camp was shaken by winds that persisted the next morning, driving off clouds and bringing three delightful cooler days in the 70s. Heat and humidity returned on our last morning for the final five relentless miles descending 2000 feet on Old Rag / Berry Hollow fire roads.

One sad change from previous years was the spread of garlic mustard, a nonnative invasive weed we first noticed abundant in parks in the D.C. area in the early 2000s. It now seems quite common in Shenandoah and particularly dense along the AT (also close to Skyline Drive), a nice corridor for spread. Garlic mustard displaces wildflowers, ferns and tree seedlings; kills butterflies; and fills formerly open under-canopy leaf-litter area flats with a pungent sea of green that causes itching legs if you walk through it. It also reduced the already limited campsites along the AT. Park officials host regular “garlic weed pulls” for volunteers in campgrounds and sites along Skyline Drive.

Otherwise, the pattern we observed in years of hiking the Shenandoah remains much the same. In most parts of this wilderness, you see very few people. But on Old Rag, Whiteoak, and the AT you’ll share spectacular scenery with many others.

The southern wilderness of Shenandoah National Park seems less visited. Two large parcels offer opportunities for multiday backpacks by using the AT to connect between canyon and ridge loops. Most is bounded by private land on the lower western side with little public access, so we hiked this area from Skyline Drive. We had only 6 days for our June 2014 backpack, so we did four short trips, driving between trailheads, to cover all wilderness instead of using the AT and other roads outside wilderness to do a longer trip via a single loop.

We started at Turk Gap for an overnight and day hikes, did a Wildcat loop overnight and then 3 nights looping down and up canyons and ridges from Blackrock Gap to Browns Gap with return via Big Run and the Appalachian Trail. Plans for camping in Big Run were drowned in pouring rain (and the best site was closed for restoration) but sun shone on the climb through weedy flowery meadows to the AT; we got water from the nearby campground and made camp a few hundred feet off the AT. Next morning, voices echoed in fog that blanketed the ridge: hikers passing near camp. Our return hike crossed a trailhead where we commiserated with day hikers who had also been caught in the previous day’s storm.

We drove north for a last day hike around Rocky Mount, then walked the road ¼ mile to where the obscure trailhead (no parking) for Onemile Run Trail marked 3.5 miles to park boundary. But we turned around after a mile at a beautiful chestnut oak flat, perfect for a short overnight trip.

Overall, we saw many day hikers near Calvary Rocks, Cold Springs Hollow falls/pools, Brown Mountain and Blackrock; and many hustling northbound AT “thru-hikers;” but no one on lower canyons. The only non-AT backpackers we met were a group that came up Riprap Trail from one of the few southwest public access roads; and two guys drying out a wet tent on the Gap Run side of Rocky Mount loop.

The southern wilderness offered incredible waterfalls, pools, towering rock formations, stunning Blue Ridge views on side slope openings from previous small fires, glorious wildflowers, 3 different reptiles, and abundant service berries (many bushes knocked down, perhaps by foraging bears). We saw a frightened young bear one evening near our camp off Madison Run Road (excluded from wilderness). A car on the road awakened us next morning. Later we met a local horseman who said the car we heard was a local Park Service employee commuting to work on Skyline.

Although many day hikers take short forays into this scenic wilderness, few venture further. Providing some midridge trails linking canyons and more campsites (instead of just closing the few overused ones) would make the southern Shenandoah Wilderness prime backpacking country.