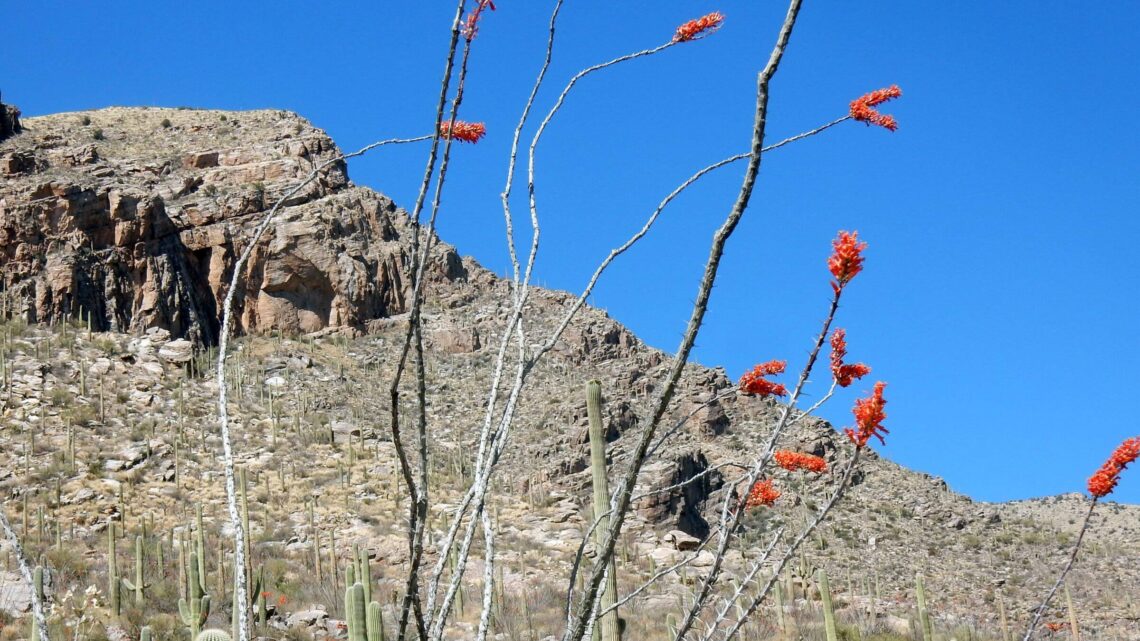 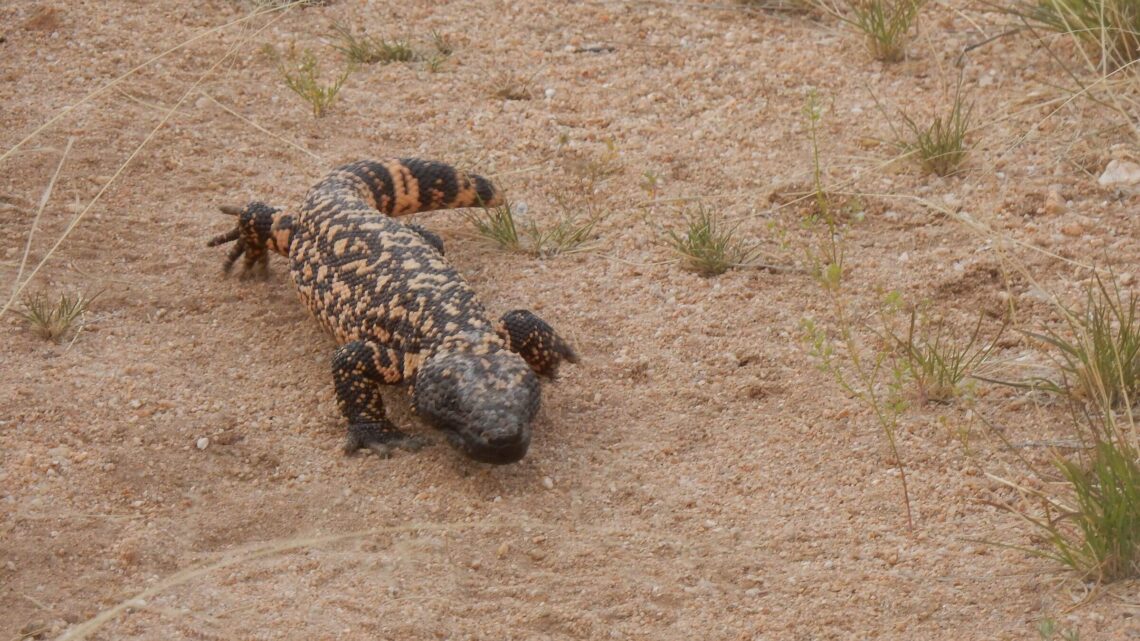 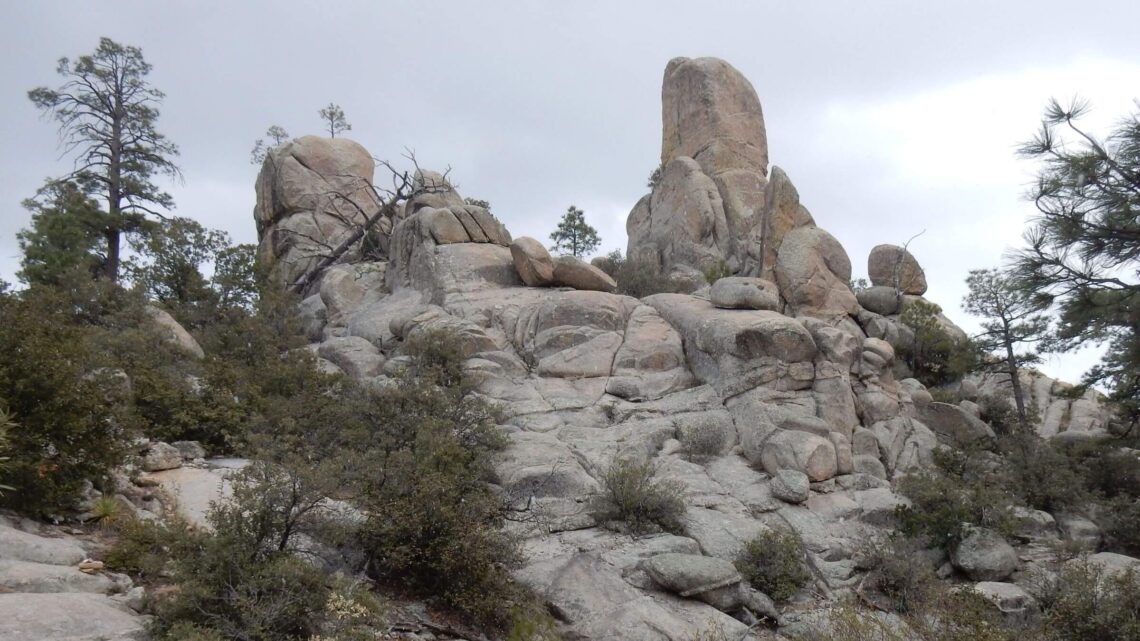 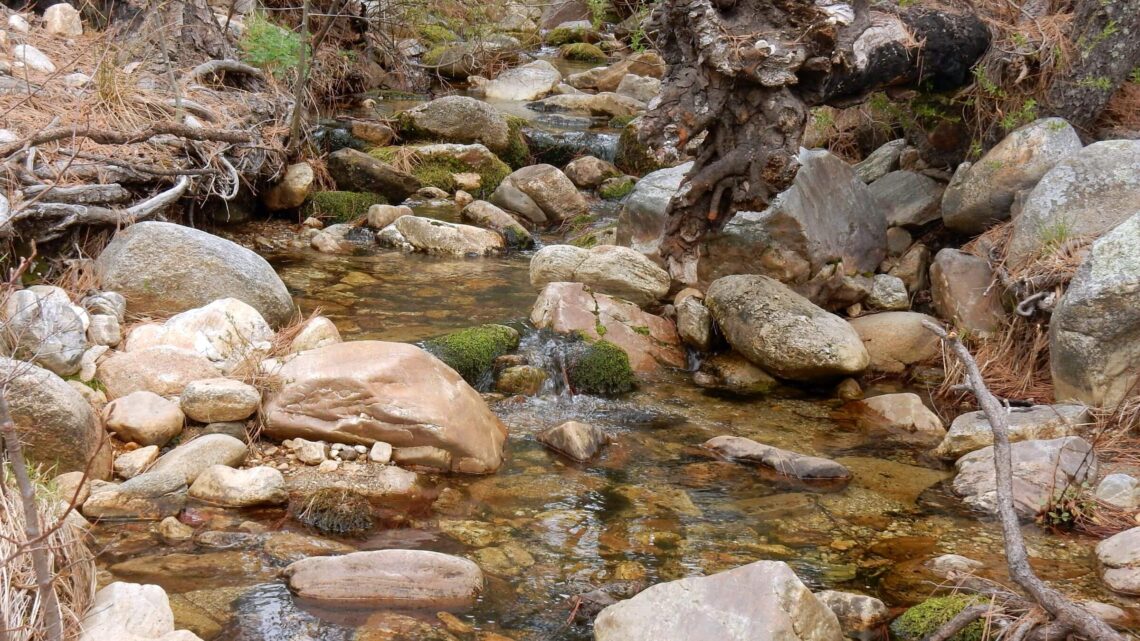 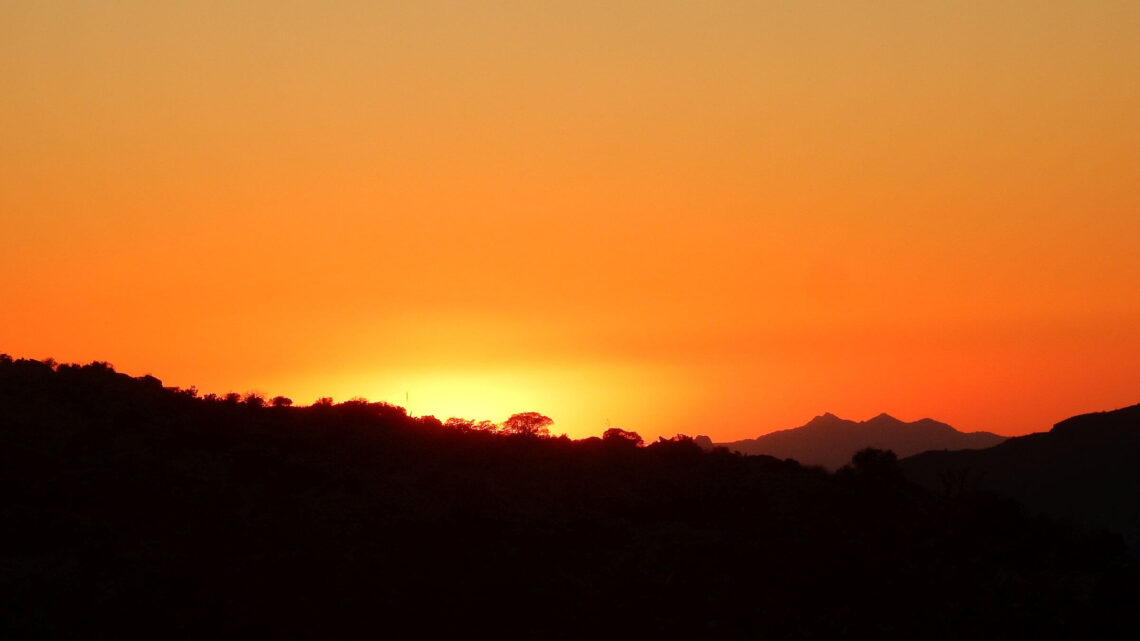 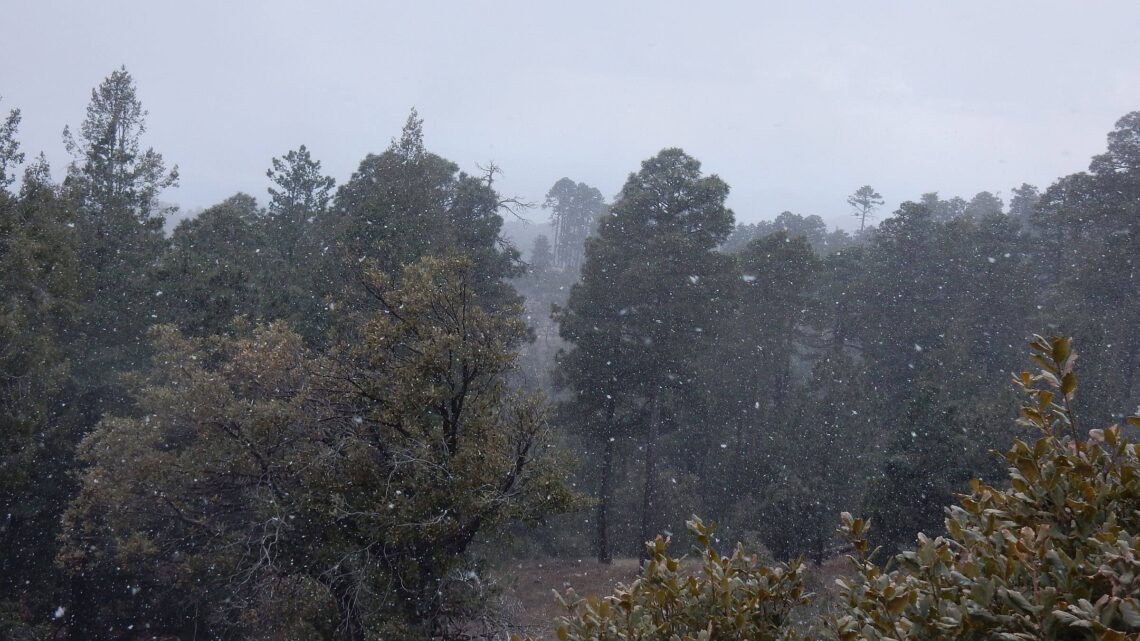 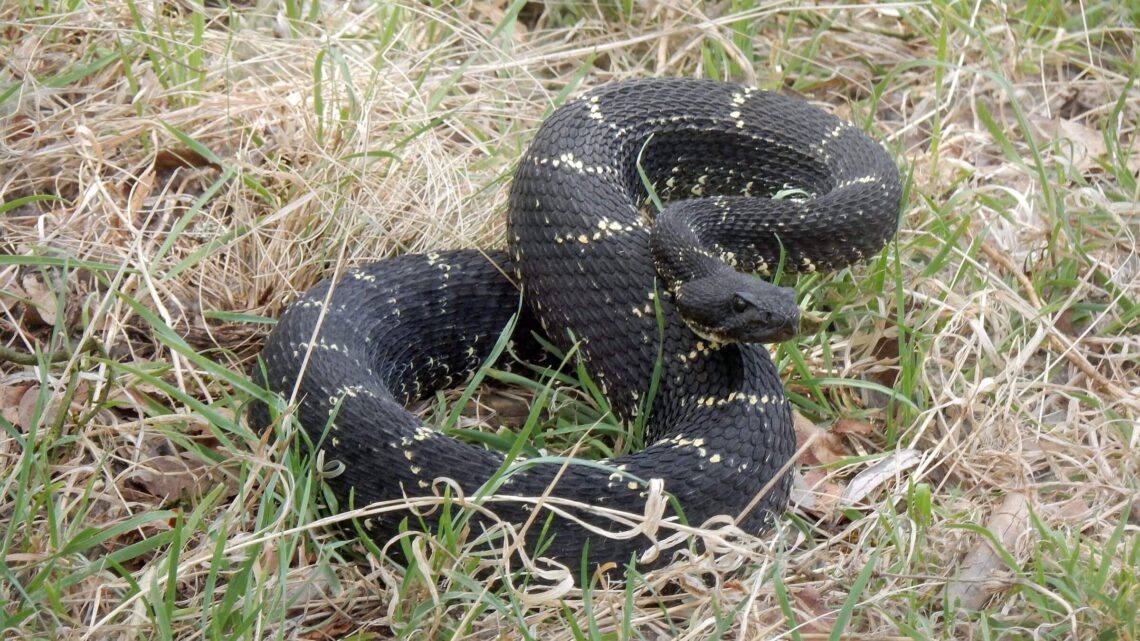 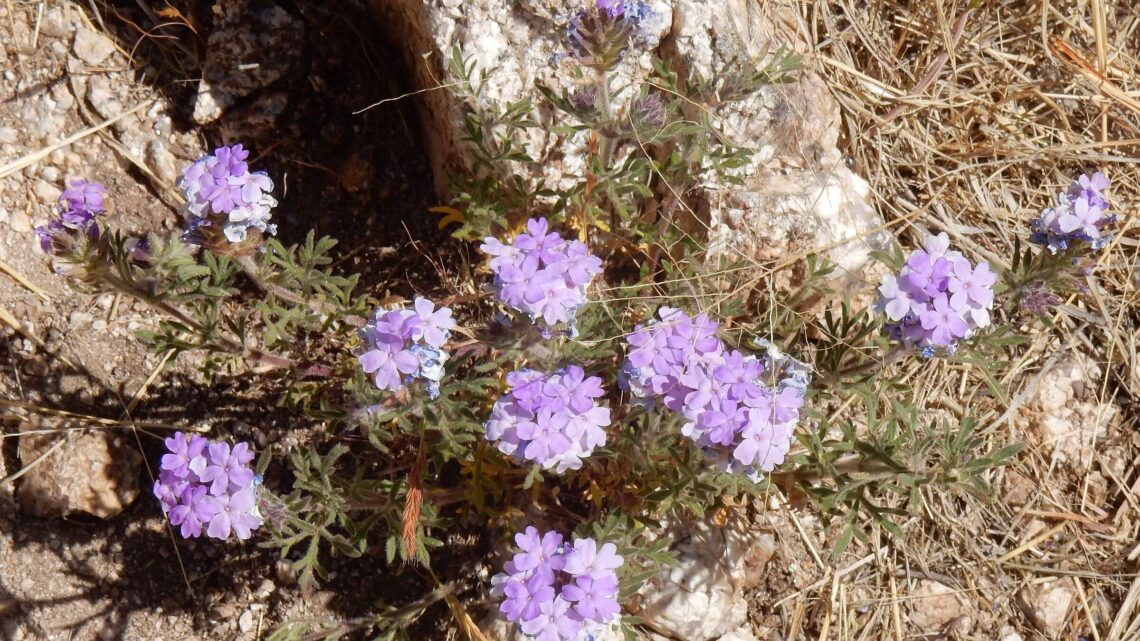 We first tried to trek across the Catalinas and Rincons outside Tucson in 1975. One January morning, five of us set out in the predawn dark in Pima Canyon headed for Mt. Lemmon 20+miles away. We were planning on a steak dinner in Summerhaven that night. We also hoped to find our way to David’s car parked on edge of the Rincons by the fourth day of our trek.

It didn’t go as planned. Near the top of Mt. Lemmon, we had to slog through snow, then camp when one of us got hypothermia and another lost a boot heel. The next day, three gave up at Summerhaven. David and I hitched a ride down the highway to the General Hitchcock Trail, hiked a brushy ridge and roads to the Rincons, camped in snow, and climbed Rincon Peak on day four.

Hiking out of the mountains, we wandered roads in the dark. We headed towards far-off lights and knocked on the door of a lighted ranch house. As it opened, we noticed the placard “X-9 Ranch.” We had heard about X-9, an unfriendly place which had closed public access.

We were intimidated by the big, mustachioed rancher in a cowboy hat—but he seemed amused at our story and drove us out to David’s car, which he had seen on the ranch road. The now-late Henry Jackson said he closed access because people littered and someone even shot at his daughter. (You can read more on X-9 Ranch history here.)

We planned our 2016 revisit carefully and followed official advice—but came out a day late and, apparently, in trouble with the Park Service. Our revisit might be a good metaphor for western wilderness hiking today: climate change, trail damage, and poorly managed rules that negatively impact the visitor experience.

The trek traversed two ranges at the northeast corner of Tucson: the Santa Catalina (Catalinas) and Rincon (Rincons) mountains in March-April. The trip purpose was to revisit the 1975 hike we completed as University of Arizona (UA) students. Most of area is now wilderness: Pusch Ridge and Rincon are managed by the Forest Service and Saguaro is managed by the National Park Service (Park Service).
Original four day trek was challenged by short days and snow but the trails were great. We did 20 miles the first day. We shortened trip by hitching several miles of the Santa Catalina highway.
In 2016, we encountered snow and sleet and later hot weather, while trail damage from the 2003 Aspen Fire slowed our pace to cross the Catalinas. The Rincons trails were still good, but we had to take a circular route to use required Park Service campsites, adding trip length.
The Arizona Trail (AZT) now links the Catalinas and Rincons and replaced our 1975 cross-country route between the two ranges. It also added length to the trek. We used the non-wilderness AZT along the ridge line (heavily worn by mountain bikes) to follow our original route more closely.
Visit statistics: 10 days, 114 miles, and 575 feet per mile average elevation change.
See to map below for more information on trailheads, daily routes, mileages, elevation changes, and photos. (Click on white box in upper right corner to expand map and show legend with NAVIGATION INSTRUCTIONS.)

For our 2016 revisit, we chose the end of March for minimal snow, maximum water, and mild weather. We queried the Forest Service on the Catalinas trails and water; we reserved Park Service campsites in the Rincons. We’d take the Arizona Trail (AZT) between the two ranges (AZT Passages 11b & 10). We left food and water drops along our route in the Catalinas since Forest Service (wrongly) predicted little water. We rented a car to drop our vehicle at the exit trailhead in Saguaro National Park. Our loop through Saguaro added miles but decreased odds of a vandalized vehicle at trail’s end. The car rental agency kindly dropped us off at the Pima Canyon Trailhead start.

Crossing the Catalinas took almost three days. Recalling formerly gentle switchbacks between peaks and saddles, we scrabbled through washouts, dropped off boulders, crawled up steep chimneys, and inched along slidy sideslopes on trails eroded by fire damage and summer rains. A cold front met us with ridge winds, fog, and snow flurries. We saw day hikers but no one backpacking besides a European AZT thru-hiker with a light pack in West Fork Sabino Canyon. He streaked ahead, seeking a Summerhaven rest stop. Further up the mountain, we were saddened by a wind tunnel with down logs instead of big, old-growth Douglas-fir forest I recalled in Marshall Gulch.

On a bony backbone ridge, as late afternoon shadows striped Tucson below, David called the Park Service’s backcountry office. Could we push back our reservations and leave our vehicle another day? After much paper shuffling, we got the okay. Right at dark we made it to the headwaters of intermittent Tanque Verde Wash, running well, and camped there in the Rincon Wilderness before the boundary of Saguaro.

We saw more AZT hikers before we left that trail and dropped down Heartbreak Ridge to Happy Valley, another piney camp we had all to ourselves. We left packs there for a round trip steep climb to Rincon Peak. The rarely-used trail down Rincon Creek was brushy and washed out; the hot hike through desert to unused Madrona Ranger Station surprised us with views of luxury houses (just south of trail) on the former site of X-9 Ranch, still blocking public access. Not surprisingly, the trail was little used until it joined the Quilter Trail (AZT) ascending the ridge above Grass Shack. Hiking in near-dark, we heard an Arizona Whip-poor-will calling and the welcome sound of running water near the campsites among big oaks and sycamores.

On Day10, we stood on Tanque Verde Peak to view an almost 360-degree panorama of our journey: rocky stair-step Catalinas to Mt. Lemmon; Mica Mountain and Rincon Peak, our final high point before we dropped 2,700 feet to hot Sonora Desert, then circled up and back to camp among oaks at Grass Shack. Now we ambled into Juniper Basin for a brief break in the shade, annoying a black rattlesnake waiting to drink at the canyon pool. Its sudden rattle startled Cindy so much, she fell backward (away from the snake, luckily).

We descended ridges towards a green flow of mesquite parkland where subdivisions stopped. Hot sun and spring resumed. Purple blooms sprouting from the hedgehog cacti, yellow blossoms on prickly pear; tiny pink buttons on scraggy manzanita. At the trailhead, the GPS marked 114 miles and a 32,000 feet ascent and similar descent (or 575 feet average elevation change per mile).

The Park Service allows overnight parking at Javelina Picnic Area for Tanque Verde Ridge Trailhead if you have campsite reservations in the wilderness, which we did. So Cindy was surprised to find an orange “violation” sticker on the window of our vehicle. She turned on her cell phone for a message from her sister: “Could you call the Park Service? They are worried about you.”

We made the call. Law Enforcement was about to launch a lost hiker search. Our updated paper permit somehow did not make it from the backcountry office to Law Enforcement. However, we were not in trouble and the search was called off once we explained the situation.

As a side note, almost all AZT thru-hikers we met had hiked straight through Saguaro Wilderness in one day to avoid Park Service campsites (which require advance reservations for Park Service convenience but are difficult to plan in advance for a multi-day backpack trip).

For the 1975 trek, Cindy wanted to combine her skills as a journalism major with her passion for the outdoors. She pitched an article on our trek to the new (1973 startup) Backpacker magazine. She took copious notes during our trip; and sent in a typed manuscript with David’s photos and one of her as the author perched on a hill with her backpack. The article was rejected. In 1980, Cindy sold Backpacker an article on backpacking cooking and got a check. It never was published.

In May, after finishing the 2016 trek, Cindy queried Backpacker by email. An editor suggested a 500-word version for the “Life List” section. She wrote and revised several times at editor request, but then heard nothing back. In 2017, a different Backpacker editor contacted her. He wanted a 700-word essay. The final version, which ran in the September 2017 edition, seemed more about the editor’s notions on senior hiking memories, but it was well-written and paid Cindy $500. Success at last!